“Stanford researchers see trouble ahead for kindergarten students with low self-regulation unless parents and teachers help.”

Summary: The basis of this article is new research surrounding the Stanford marshmallow experiment. As Sanders writes, “young children were offered one small marshmallow now, or two marshmallows in 15 minutes if they could resist eating the first one. Children with low self-regulation ate the first marshmallow. In follow-up studies these youngsters tended to grow up to be teenagers with lower SAT scores, higher body mass indexes and higher rates of drug abuse.”

Sanders goes on to explain that this study demonstrated first grade academic success is partially dependent upon “high self-regulation,” and “a low-conflict relationship between student and teacher.” The good news is that research from the University of California, San Francisco (http://www.child-encyclopedia.com/documents/Portilla-ObradovicANGxp1.pdf) shows that supportive classroom management and parent engagement can improve outcomes for kids who enter kindergarten with low self-regulation. 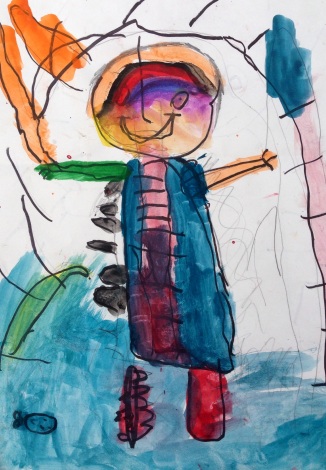 The scientist in me had to look deeply into the validity of the marshmallow experiment and this follow up, but it is indisputable: the study design was decent. “Low regulation” was determined in the secondary study by teacher and parent questionnaires rather than an oversimplified marshmallow test. I appreciate this. I also appreciate the findings: good parenting and good teaching can help kids who are not as emotionally ready for kindergarten to catch up before first grade. My discomfort doesn’t even lie with the fact that a good deal of money and time was spent proving what most of us assume logical. In fact, there is value in identifying factors that lead to school failure. But herein lies the rub.

This study rials me up for the same reason it bothers me that kindergarten no longer prepares kids for grade school. Kindergarten is the new first grade; ask any kindergarten teacher who has been in the business for 30 years. We now demand things of kindergartners that are not necessarily developmentally appropriate for all 5 and 6 years olds. For those who are not “ready,” we often point to their lack of pre-schooling or parenting instead of their lack of time out of the womb. I believe play serves a purpose longer than we give it run in the U.S., whether kids are at home or in daycare. I think creativity and art and time to think without letters and numbers and the constraints of a classroom environment, with abundant recess and songs and perhaps some digging, painting and moving, fosters better thinkers, learners, workers and citizens for today’s world. In fact, research also supports playtime. I wish for children that kindergarten still focused on organizing play and regulating behavior in preparation for first grade.

I think some kindergartners should want to snatch marshmallows and shouldn’t give a crap about the future. I think little ones should be praised for acting on their impulses and being in the present moment. Who decided wanting more is smarter? Perhaps one of many roots of the problem in education today is what is haled as THE SOLUTION in this study. Rather than kindergarten teachers receiving training to identify low self-regulation for targeted nurturing, I wish kindergarten teachers were trained to value low-self regulation because it is developmentally appropriate, embracing kids acting like kids and their wonderful present-mindedness and impulsivity.

What kind of culture shift would we create if kindergarten teachers felt able to be genuinely DELIGHTED by disregulation? I am not suggesting we allow children to act like monsters. My own children have manners they sometimes exercise and we manage their mood swings and choices. I am suggesting that if schools went one step further and actually accepted low self-regulation as developmentally appropriate, rather than encouraging “low” students to be more like the highly self-regulated kids currently destined to achieve, perhaps things would improve for everyone. Perhaps education equity would begin. Perhaps the achievement gap would start to close. Not because we caught them up, but because we saw the value in their childishness.

I am suggesting that perhaps the reason the less self-regulated children in kindergarten end up with lower SAT scores, higher body mass indexes and higher rates of drug abuse is actually because, from the moment they entered a school, the pressure to have children succeed on tests demonstrated to them that they were less-regulated, and therefore less prepared, and therefore less able, and therefore less destined to succeed than the kids who could wait for two marshmallows. I am suggesting there might be something intrinsically valuable about the kids who took one marshmallow: perhaps those kids just wanted one damn marshmallow from the beginning. But as soon as they reached for it, someone judged them. Perhaps the low SAT-scoring kids, and the fat kids, and the addicts were actually destined to be the leaders, and the innovators, and the feelers, until they were asked to be different, implying, that they weren’t enough from the beginning.

As a teacher, a camp counselor, an outward bound leader, a health educator and having spent most of my career with so-called “at risk” kids, I want to live in the world that THEY create. What I hope for my children and for the future of my world is that teachers across the country feel free to turn to the one-marchmallow kids and say, “you have just as much potential.” And NOT “you have as much potential as those other kids if you change, and soon.” But, “you have just as much potential, perhaps more, just as you are. Look over here kids, we have a leader among us.”